Cutting Music Programs vs. Getting into College

Most parents want their kids to have the best chance of succeeding in life. While there are many benefits to the study of music, there is an aspect of studying music early that directly relates to getting accepted into college. In an age where music programs are being cut from the public school curriculum, and the cost of further education mounts higher yearly, we hope to arm parents with knowledge that will help them not only get their children accepted into college, but succeed in getting through college and in life.

Recently I met an expert who has helped student after student get into college, and I asked him to write an article on the advantages of a music education in terms of getting accepted into college. I hope you find his insight helpful! Without further introduction, here is Daniel Mehrabian of EduProsUSA: 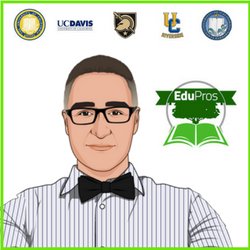 In addition to success in academically rigorous classes and high standardized test scores, there’s another area which the universities are looking for when they evaluate suitable candidates, and that is what they have done outside of their school curriculum – their extracurricular accomplishments. In a recent discussion I had with admissions reps from Yale, Harvard and Princeton university It was once again stressed that they are looking for students who are accomplished in areas more than their grades and test scores.

One extracurricular area that is highly prized by elite universities is music. Students who have been playing music since elementary school up to when they apply for college have a tendency not only to perform better than their peers academically but also are more prized by the colleges since they have taken their time to pursue and develop a life-long talent.

What are some of the advantages of developing your musical intelligence? Researchers at the University of British Columbia found that high school band students have higher achievement scores in English, math, and biology than students who are not in band classes. Scholars from the University of Kansas, evaluating the Music Makes Us program in Nashville, found graduation rates 20 percent higher for students with at least one year of music, and 30 percent higher for those with more than one year of music.  In addition, a longitudinal study from the University of Maryland found that for each additional year of arts education, students were 20 percent less likely to be suspended from school. Finally, A study by neuroscientists at the University of Toronto found that students who received “early extensive and continued music education showed greater fluency and competence in learning a second language when compared to non-music students.

As you can clearly see, the student’s who develop their musical intelligence early are correlated to better performance as they go through primary and secondary school which then translate into more successful matriculation rates into the more selective universities in the country. I have also found students with musical or art skills to be more confident overall in school than students who have not picked up and developed in the performing or visual arts.

Daniel is the founder of EduprosUSA, a Glendale based college consulting company that assists families and students to achieve their educational potential. The philosophy at EduprosUSA is that college admission starts early. As an educational mentor, EduprosUSA will give your family the support and information needed to reach your goals. Please learn more about EduprosUSA by visiting our website at www.eduprosusa.com. Also, like our Facebook page to get updates https://www.facebook.com/eduprosusa/

Daniel will be our guest speaker at the next Fun Music School Open House & Potluck, which will take place on August 24th from 6pm to 8pm. Come have some fun, food, listen to students and teachers perform and meet Daniel in person! No RSVP required.